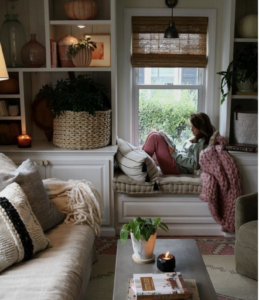 everybody needs a lunatic – Indigo Press 2009

four in the morning – Flying Penguin 2011

Juli Jana’s chapbook, like Vas Dias’s, appears under Shearsman’s vivid, varied publishing umbrella. Although her cover, with its large cerise ‘ra-t’, risks sending rodent-haters headlong into rain, its notes helpfully describe Jana as a ‘poet and artist who uses text to present abstracted aerial and historical scapes’. Lines which appear complex on the page would be a swift rat-a-tat read aloud, their footnotes belonging to ‘a 2nd voice’; ‘london-town […] londinium on the bend of the great river’. Here are repetition’s rap, rhyme’s chime, rhythm’s irresistible swing: ‘puss-in-boot-s your hat is a-/ skew’. ‘ra-t’– and Jana – know all the tricks.

Her pace is breakneck. ra-t turns up at ‘waterlo’ (sic), acquires a modern motorbike, uncovers green London, plague’s ‘ring-a-ring-a rosies’. (Hyphens are Jana’s darlings, threading fast, fertile lines, marking ra-t’s leap across centuries.) Highly entertaining, rarely overworked, the poem shelters knowledge. ‘holly blue’ (the butterfly) is still ‘found: shepherd’s bush’ (sic). ‘ra-t’ leads us into huge themes, to immigrants – ‘persecute! persecute!’ – to floods – ‘o the violence of the river thames!’ – into London’s many fires. But ‘ra-t’ (and Jana) are alert to more alarming heat: ‘the ice will melt’. ‘ra-t’, and his poem, are as fast, furious, funny, and wise, as all light-footed survivors.

I thought I must emerge, heavy-footed, from my sheltering metaphor. But on Jana’s final page, before a sly nip at Boris Johnson, I found ‘there be black umbrellas to the rescue’. A swift glance at particular protests? yet timeless – and strangely stylish! Thank you, ra-t.

This ground level portrait of London’s history through the figures of ra-t and puss-in-boot-s sears with sonic booms and majestic word-play swivels. The figures, with their split names suggesting that they are broken, hesitant, slippery and under stress, draw upon our knowledge of their past as street survivors. This is more of a third person exploration than a giving of voice to those that are mute. The rats and cool cats of the underground mingle with the weeds, vegetables and butterflies, scurry between gaps and the people that walk the streets. Puss in boots in the fairy tale was capable of guile and deceit, and here, with ra-t, offers an alternative view of the city. Puss in boots, or the booted cat, dates back to sixteenth century Italy and spread across Europe with its various incarnations as helper and trickster. The most durable and adapted version being by Charles Perrault from 1697 and the one recently used in the film Shrek. Jana’s puss-in-boot-s plays on this and is more of an appropriation than adaptation of the figure. Similarly ra-t far from being an harbinger of death and disease is more of a witness. ra-t sings with vibrancy and colour, a breath away from stench and fire.
Here’s an extract from ‘fires of london’:
O : ring the bells. Ring the bells backwards for the city to be read. So
many dead.so many dead.all fall down.dance a circle…sing with the
frogs: red dead
*red the cockney slang for gold
the fire-fighters of London wore crimson livery cloth. Their
commander died in the fire of 1861 pausing to undo the red silk
paisley kerchief from his neck
The poems have a deep sense of London’s history, its natural environments, markets and are full of ecological and botanical record sumptuously polyphonic, with clear instructions as to how to read, producing an exciting and strident sound. There are echoes of Bill Griffiths, Paula Claire, Bob Cobbing and others in their discontinuities and slippages. Jana, though, has her own voice(s) and authority. I was particularly taken with the way that her sonic work built out of word lists and clusters to produce a sinuous musicality through the colour of a second voice. The poems are singular; yet allow and seek the potentiality of another voice that is more than an echo or supplement of the first. Above all, Jana’s poems are open, fun and happily patterned for effect.
paradise lost paradise found what a day in paradise smell the stench
grab the wench on the stairs alongside st.pauls remember john donne
he was all done for
cock-a-doo-dle-doo buckle-on-his shoe lord mayor do us a favour
don’t cut London pride. there shall be a queen still
The poems are alive with voices, sounds, announcements and movement. This is not a static poetry. It moves from shape to sound. Ra-t and puss-in-boot-s are voice less. It is other voices that read the announcements and narrate their stories. Yet the figures, representatives of an under-class, are constants in London’s dramas and haunt the poems as participants in a wider dissident narrative.
This joyous chapbook of sound poetry is a bargain at £6.50
David Caddy 4th July 2015